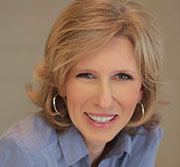 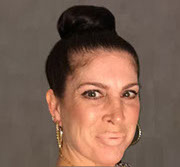 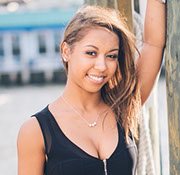 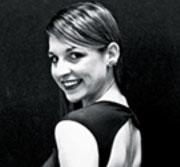 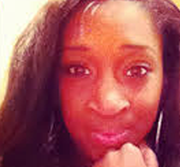 Lisa Swenton-Eppard is the founder and director of Capitol Tap and District Tap, adjunct professor at Bowie State University, Program Director and faculty for Knock On Wood Tap Studio, and assistant producer of Baakari Wilder’s annual Metro Tap Roots event at Dance Place.  She was quoted in Dance Studio Life magazine (December 2015), featured in Dance Teacher Magazine (May 2015), and selected as “Teacher in the Spotlight” for Dance Studio Life magazine (March/April 2013).  With a career spanning thirty years, Lisa’s passion for teaching has expanded into a training course designed to encourage the next generation of tap educators.

Renee’ has been teaching dance for  over 30 years. Her passion lays with beginner levels as she is able to get her students in a raw form and is able to teach technique without any bad habits to break. She also loves to be a part of instilling a passion for the art and a desire to further train in her students.

Renee' has a daughter, Elayna,  who has carried on her  love for dance and who currently is a working professional who travels the world performing.

Renee's favorite form of exercise outside of dance is Bikram Yoga (hot yoga).

Jenn Shead was born and raised outside of Baltimore, Maryland. She grew up training at Spotlight Studio of Dance under the direction of Wyndee McGovern. As a dancer, Jenn won numerous regional and national awards through competitions, as well as receiving the Maryland Distinguished Scholar Award for the Arts. Jenn was an original member of “JazzFuzion”, performing at the Jazz Dance World Congress in 2002. She went on to the University of Arizona, where she graduated in 2009 with a dual focus in dance and communication. She has also performed in “Nothing Like A Dame” on Broadway in 2004 and with the Oasis Dance Ensemble at the Capezio A.C.E. Awards in 2010. Jenn’s choreography has been recognized both regionally and nationally. In 2011 and 2012, her choreography was selected to perform in the Maryland State Dance Showcase. Jenn is a current member of Dance Educator’s of America. She loves to travel and train children of all ages

Lenaya Williams, is a graduate of Towson University and University of Maryland's, School of Medicine. Receiving Bachelors degrees in Chemistry and Medical Research/Microbiology. She has been dancing since the age of two, training mostly with MCPA and Spotlight Studio of Dance. She has traveled internationally with Hot Shots National Dance Team and Spotlight Studio of Dance Company competing against some of the best dancers in the world. Being skilled in a variety of dance styles including ballet, jazz, lyrical, tap, modern, musical theatre, contemporary and hip-hop. She has studied under choreographers such as Stephanie Powell, Linda-Denise Fisher-Harrell, Troy Powell, Frank Hatchett, Gus Giordano, Winnette McGovern, Shelly Hutchinson, and many others. Winning various scholarships from New York City Dance Alliance, Monsters of Hip Hop, West Coast Dance Explosion, L.A. Dance Force, The Edge and many other international dance conventions. She has made television appearances on The Morning Show with Rudy Miller, Showtime at the Apollo and The Morning Show with Marty and Don. Also earning and completing a full scholarship to Alvin Ailey's summer intensive. Although she is a full-time Scientist, Lenaya is still dancing and giving back every ounce of her talents to those just as passionate for this art as she is.

Jennifer Boothe trained under the direction of Caryl Maxwell at Caryl Maxwell Classical Ballet and then performed with the Ellicott City Ballet Guild for 6 years.  Her répertoire includes soloist roles in Swan Lake, Les Sylphides, Coppélia, Cinderella, The Nutcracker, and various others including original works of Caryl Maxwell.  Ms. Boothe has taught at various ballet schools, most recently exclusively for Ballet Royale Institute of Maryland for 12 years as a teacher and choreographer, and also as Assistant Director for several years.

Ms. Boothe is an ABT Certified Teacher, who has successfully completed the ABT Teacher Training Intensive in Primary through Level 3 of the ABT National Training Curriculum. 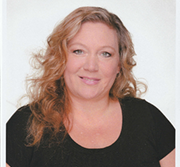 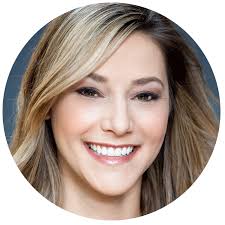 Allyson Kelly started dancing at the age of 5, competing all over the US winning numerous titles and high scores. She then received her ballet training on scholarship at the Kirov Academy of Ballet in Washington, DC and the Debbie Allen Dance Academy in Los Angeles, CA. While working with Debbie Allen, Allyson starred in many of Ms. Allen's productions at the Kennedy Center including Dancing in the Wings and Dreams. Allyson went on to tour the world with Complexions Contemporary Ballet under the direction of Dwight Rhoden and Desmond Richardson. For the past twelve years she has been a Radio City Rockette in NYC at Radio City Music Hall. Throughout her career Allyson has performed with PITBULL, Christina Aguilera, on the Today Show, Macy's Thanksgiving Day Parade, Christmas in Rockefeller Center, the VMAs, and the TONY awards to name a few. She has appeared in Radio City, Smirnoff, NFL, and Capitol One commercials, and was an original cast member in the New York Spring Spectacular at Radio City Music Hall. In addition to dancing, she has modeled for Curtain Call costumes and Movmnt magazine. Allyson also teaches master classes all over the United States and just got certified as a CorePower yoga instructor.